A Tory MP attacked a “poison-pen” blog and linked it to a former cabinet minister, in a bizarre outburst in the House of Commons this week. 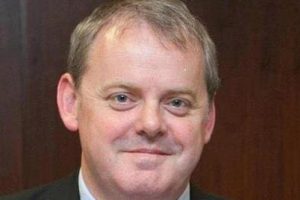 Guto Bebb, Conservative MP for Aberconwy, further suggested that a North Wales police force could be guilty of “collusion” with the authors of the trolling blog.

Speaking in the chamber on Tuesday, he described the offending website as a “small-town poison pen letter blog, with an added interest in politics”, adding that it was “rather vicious and nasty” and “sordid”.

He claimed that a private investigator had linked the blog to Dylan Moore, whom the Tory MP pointed out is a business partner of former Welsh Secretary David Jones. Using parliamentary privilege, he also named local businessman Nigel Roberts as another of the suspected authors.

Mr Moore denied any involvement in the blog and described the allegation as “nonsensical”, noting that “it is well known locally that I do not tweet, text or use a mobile phone”.

Mr Bebb said: “Over the years the site has harassed, abused, libelled and generally targeted a series of individuals, businesses, council officials and local councillors. Now, all of this, as would be expected, has been done behind the cloak of anonymity whilst claiming the moral high ground of being the purveyor of free speech.”

He criticised the North Wales police for being “unwilling” to support his constituents who had raised “legitimate concerns about online abuse, trolling and harassment”. The police had reacted with “rather bizarre speed”, however, when two of the blogs’ authors reported being visited by the private investigator, said Mr Bebb.

“North Wales police have significant questions to answer,” he added.

The Tory MP said he had “attempted to ignore the blog as far as I could”, but added: “The turning point came this summer when the site published a number of libels against me that were picked up by the press in Wales and by other websites.” He said he had received emails “of the ‘we know where you live’ variety”, referring to libellous claims on the blog.

Mr Roberts has claimed he is the sole author of the blog, named Thoughts of Oscar, and has since closed it down.

Describing himself as a former victim of the blog, Mr Moore said: “I am appalled that any Member of Parliament, let alone my own MP, should throw an innocent constituent to the wolves in this way and hide under the cloak of Parliamentary privilege.”

Mr Jones said: “To address any perceived ambiguity in Mr Bebb’s address to the House, I wish to make it clear that I was not involved in the authorship of the blog. I understand that the blog’s true author had already admitted, prior to Mr Bebb’s appearance in the House, that he had acted alone.”