With many buyers at the limit of borrowing, some experts predict that property prices in London will slow down 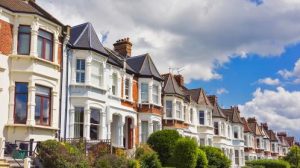 Buyers in London are taking out mortgages closer to the Bank of England’s lending limits, in a fresh indicator that the capital’s housing market is poised to cool.

Home-movers are stretching themselves further to upsize, borrowing an average of 3.97 times their income compared with 3.30 five years ago. The figures compared the fourth quarter of 2016 with that of 2011.

Bank of England rules designed to curb reckless lending require banks to offer no more than 15 per cent of their mortgages at a loan-to-income ratio greater than 4.5. Slow wage growth means that an increasing number of buyers in London are being affected by this limit, exacerbating the slowdown.

As The Times reported last week, homeowners are waiting up to ten months to sell their properties. Rightmove’s latest survey shows that asking prices rose by 2.3 per cent over the past year, the slowest rate in four years. Lucian Cook, the director of residential research at Savills, says: “In London the average outstanding mortgage stands at more than £240,000, up by 29 per cent in the past five years. New buyers have been borrowing more relative to their income despite high deposits.”

Adam Challis, the head of residential research at JLL, the property consultancy, says prices are out of reach for first-time buyers earning static wages. A recent JLL report suggested that there would be an explosion in shared ownership as a result.

The level of mortgage debt relative to the value of a property varies widely. Many househunters in the capital are cash buyers. This means that Kensington and Chelsea’s residents had the lowest level of debt in the country, with only 8 per cent of the price of an average home there (£120,097) being borrowed value. Some of Britain’s poorest areas had the highest level of debt. In Burnley, where the average property price is £86,956, the average debt is £31,112 — 36 per cent of its value.

Mark Harris, the chief executive of the mortgage broker SPF Private Clients, argues that LTI figures can be misleading as it is not clear whether lenders are basing the figures on the total income of the borrower, or only that element used to apply for the loan.