Police are losing a digital battle against cyberthieves who are stealing money from five times as many people as they were two years ago, research reveals. 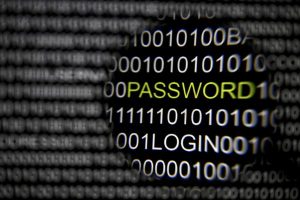 One in five UK consumers has had personal information stolen online and their bank account hijacked to buy goods and services, the study shows. Two years ago the figure was one in 25.

The Times revealed in September that police were following up fewer than one in 100 frauds because they were overwhelmed by cybercrime. Experts said that fraudsters were acting with virtual impunity.

Malicious software has been responsible for two in five people having their personal information online stolen or deleted, up from one in four in 2013, according to a survey of 1,500 UK consumers in the latest Deloitte Consumer Review.

Simon Borwick, director of cybersecurity at Deloitte, said: “The volume and value of data available online means that consumers are now more exposed than ever. Consumer-facing businesses are particularly attractive targets for cybercriminals and fraudsters.” He added: “Many organisations are struggling to prepare themselves to deal with the wide range of different cyberattacks.”

Two in five people said they often felt that they were being targeted by cybercriminals. Only 23 per cent said that they were confident with companies’ use of their personal data, compared with 29 per cent a year ago, the Deloitte report, Consumer data under attack: the growing threat of cybercrime, says.

Nearly two thirds of people expressed concern about how social media companies were using their personal data; a third expressing concern about public healthcare providers. This was despite research by Symantec, a security company, suggesting that healthcare companies suffer considerably more data breaches than companies in other sectors.

An investigation by The Times this year found that the scale of fraud was so great that police were forced to rely on a computer program to assess whether cases were worth following up.

Last year, the Commons Treasury select committee heard that cybercriminals were stealing twice as much money from bank accounts as the banks actually reported. Donald Toon, the director of the economic crime command at the National Crime Agency, admitted at the time that his organisation had “a very limited intelligence picture of the scale of the problem around most economic crimes”.

Cybercrime costs UK businesses £34 billion a year, including £18 billion in lost revenue, according to the Centre for Economics and Business Research.