Plans to change the way lump-sum payments to personal injury victims are calculated could still be amended to make the cost less onerous for insurers, according to Direct Line. 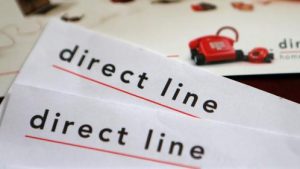 Paul Geddes, Direct Line’s chief executive, said he wanted a “fair balance” but added that insurers did not believe the Ministry of Justice had grounds to announce a dramatic change in the compensation ratio last week.

An “urgent” consultation was under way with the Treasury over the issue which could, he said, lead to alterations to the MoJ’s position. “These are very delicate claims. We absolutely want to look after people who have had motor accidents,” he added.

The insurance industry is reeling from the government’s decision last week to slash the Ogden rate used to calculate insurers’ compensation payments. Lump-sum payments to all personal injury victims have in the past been calculated on the assumption that recipients will get a 2.5 per cent return if they invest the cash. Liz Truss, the lord chancellor, has reduced this to -0.75 per cent.

It is estimated that the change could add about £75 to the average annual motor insurance and that the NHS compensation bill could rise by about £1 billion. The rate was set in 2001 and was based partly on the return then available on index-linked government stock. Yields crashed after the 2008 financial crisis, however. Victims have been losing out on hundreds of thousands of pounds and lawyers have threatened to take ministers to court for failing to update the rate.

Young drivers are likely to be the worst hit by the changes, Mr Geddes warned. “Younger drivers have more accidents and at a younger age. Premiums start off quite high and this is where the impact is most likely to be,” he said.

However, he said that all drivers will have higher premiums. The impact might particularly be felt from 2018 when insurers have to renew their own reinsurance, which will be higher.

Direct Line axed a special dividend because of Ogden, but paid out a final dividend of 9.7p. Despite the new challenges, it stuck to its guidance that its combined operating ratio for 2017 — which measures profitability — would be between 93 per cent and 95 per cent.

The FTSE 100 insurer saw its highest volume growth since its 2012 flotation, and said investment in Direct Line in particular had boosted its ability to sell direct to customers.

Eamonn Flanagan, an analyst at Shore Capital, said: “The Ogden hit is clearly of huge disappointment to Direct Line, with the group delivering an excellent underlying performance. However, the Ogden issue highlights the vulnerability of the sector to such regulatory hits.”

A key issue will be “whether the UK personal motor industry will be able to implement and sustain the necessary rate increases to compensate for Ogden and to replenish the reserves depleted by the Ogden hits”, he added.