The deals on offer to cash in a defined benefit scheme have never been so good — but should you take the step? 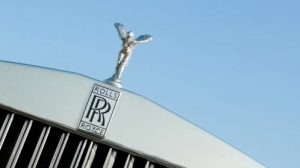 What could be better than knowing you will be paid a set amount every month for life, that your payments will rise with inflation and that there will be something for your spouse if you die? A cash lump sum, apparently, according to the growing number of savers who are walking away from defined benefit (DB) pension plans.

When it comes to personal finance, there are few gospel truths, but the mantra that DB pensions are king has been virtually undisputed — until now. Also known as final-salary pensions, they are often referred to as “gold plated” savings plans.

However, thousands have been lured by the cash sums that pension funds are offering people to leave their DB scheme — known as cash equivalent transfer values. Baroness Altmann, the government’s pensions minister until July last year, has cashed in two DB pensions. She said that since 2014 the quotes she was given for leaving jumped from £108,000 to £232,000 and from £57,000 to £104,000.

The amount a DB fund will offer you to cash in rises and falls depending on the state of the pension fund and what is happening in investment markets. Scheme members are being offered sums 30 or 40 times their projected annual pension income, which can work out to be hundreds of thousands, and even millions for higher earners.

Members can normally leave the scheme if they are at least a year from retirement, but the money must be transferred to another pension, typically a riskier direct contribution plan, where the success or failure of investments determines how much you will have in retirement. Those given transfer quotes of more than £30,000 must talk to a financial adviser.

LCP, an actuarial company, has noted a 30 per cent rise in transfer requests since the Brexit vote and it says the average transfer value has doubled in the past two years to £368,000. Ten per cent of quotations have been more than £1 million. “There is also evidence of members requesting requotes in the knowledge that transfer values may have increased.”

JLT Employee Benefits, a company that administers pensions, says it paid £32 million a month in 2016 to leavers of DB schemes — a 180 per cent increase on 2014.

For those who decide to leave DB pensions, the chief advantage is greater flexibility. New rules introduced in 2015 mean that retirees with DB pensions are free to take lump sums, buy an annuity or keep investing their pension savings while taking an income. The changes make DB pensions limited in comparison.

Pension schemes and companies have been offering higher transfer values to potential leavers, partly because of the difficulties many are facing in plugging holes in their pension schemes. After the EU referendum the returns on government bond investments fell heavily, which has caused deficits to grow in many pension funds that rely on these bonds to meet their commitments to future retirees.

“It is increasingly expensive for employers to fund DB schemes. They are taking action to incentivise individuals to transfer, take the cash and put it in another scheme. It takes the responsibility off the employer and [puts it] on to the employee,” explains Alistair McQueen, the savings and retirement manager at Aviva insurance company.

Every member who leaves a DB scheme is one less liability for the pension fund and the employer. “If a pension scheme could settle just 5 per cent of its liabilities each year, then it could have got rid of its pension problems in 20 years,” says Charles Cowling, the director of JLT Employee Benefits.

Some employers are offering free sessions with a financial adviser, says Martin Tilley, the director of technical services at Dentons, the self-invested pensions specialist.

It may work out well for the employer, but cashing in a final salary scheme should not be taken lightly.

“It is an irrevocable decision. You should look beyond the headline numbers offered,” says Mr McQueen.

The City regulator, the Financial Services Authority, tells financial advisers to start from the assumption that the security of a DB pension is so great that it is not in people’s interests to walk away from it, says Steve Webb, the director of policy at Royal London. Mr Tilley adds: “There are lots of reasons to do this, but you may have a problem finding an adviser who will approve it.”

Typically, people who transfer have substantial assets outside the DB pension and do not need its security. Pension transfers can also work for people in poor health who won’t live long enough to make the most of the annual income, says Simon Bashorun, the financial planning team leader at Investec Wealth & Investment.

Inheritance rules also mean cash balances left in some DC funds can be passed on to heirs, sometimes free of tax, in a way that DB pensions cannot, says Mr Webb. Wealthy families looking at succession planning with a financial adviser could consider transferring DB money they don’t need as an inheritance for the next generation.

There are also people who believe they can outperform the investment managers of their DB pension scheme, so would rather have the money in a Sipp (self-invested personal pension), says Mr Bashorun.

Remember, however, that the rush has already happened. Some experts say the best deals for cashing in have gone. Mr Bashorun says he is seeing transfer values 10 per cent lower than last summer. Mr Tilley concurs. “Values may have peaked,” he says. “They may not be so attractive in the future.”

New rules from 2015 allow people with savings in DC schemes to pass them on to heirs and also take out lump sums. Mr Gerrard had built up a high six-figure sum — enough, he believed, to live on and also provide security for his family. He was keen that the money could be passed down his family if he and his wife died.

“Pensions have become a lifestyle-planning tool,” he says.

He retired last year and took a proportion of the 25 per cent of his savings he is allowed as a tax-free lump sum out of his DC pension, paying for living expenses, a new car and a month in Australia visiting his son. Next year he will take an income from the pension fund and also take another chunk of his allowance if necessary.

The ability to take out lump sums to pay for future care was also an attraction. “A family member had to go into care recently and we were amazed at the cost of it,” he says.

His main concern was finding a financial adviser to assess his plans rigorously, because he knew there was no going back. “Although I held a financial planning qualification, I needed to talk things through with someone independent. I was really keen that the advice was going to be robust enough to challenge my thoughts.”