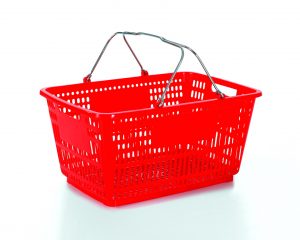 I love a morality tale with a financial payoff. It is the basis of most early literature: you do something altruistically — kiss a frog, shelter an imperilled king in disguise, bring a pork pie to a shivering prisoner on the run — and then somewhere down the line you get covered in gold.

So I was delighted to read this week that Sainsbury’s is to start offering lower car insurance to people who buy its “bags for life”. Cash discounts for people with an eye on the future of the planet. Money back now for those who have the forethought and consideration to bring enough bags to the shops to carry our purchases home, rather than demanding a handful of those flimsy disposable ones that will go on to blow aimlessly round the town centre at night like so many drunk orange seagulls, before joining the plastic mass in the North Pacific Gyre that is said now to be bigger than Texas and eventually choke a baby turtle to death.

Big chain supermarkets rewarding us for ecologically sound behaviour is an excellent development. Although I notice these rebates — implemented centrally by computer on the basis of loyalty card data — are offered only to buyers of Sainsbury’s re-usable bags rather than to all customers who bring their own packaging solutions to the checkout.

This will hit hard in my part of north London where all groceries are carried around — as if by local bylaw — in hessian carriers from Daunt Books, so that while shopping one broadcasts a four-pronged personal retail manifesto which declares: “Not only do I shop with re-usable bags, but I shop using only natural, biodegradable re-usable bags; and not only that, but I read a lot of books; and not only that, but I BUY THOSE BOOKS AT SMALL INDEPENDENT LOCAL BOOKSHOPS!!! So put my goddam thirty quid chicken in my re-usable hessian independent bookshop bag and kneel before my hand-woven, patchouli-scented liberal awesomeness, dog!”

That’s me I’m describing, by the way, not some imagined Corbynite whoopsie of whom I in any sense disapprove. I do a lot of selfish things but on re-using and recycling I operate at a zero-tolerance level. Indeed, I believe there is a tenth circle of hell specifically reserved for anyone in 2017 who is physically capable of throwing an empty wine bottle, newspaper, banana skin or chicken carcass into the kitchen bin — when the proper maintenance of your recycling boxes, waste food caddy and compost heap should occupy at least a quarter of your domestic time and a similar fraction of your waking thoughts.

But Sainsbury’s isn’t stupid. The giving of cheaper car insurance to bag re-users is not a random act of kindness. They are not doing it purely because we are better people or because they give an especial damn about the baby turtles. There is a causal link.

“Buying bags for life suggests a person is conscientious, loyal and that they plan ahead, which has a correlation with safer driving,” said a spokesman for the supermarket. “We can’t know for a fact that someone buying ‘bags for life’ is a safer driver, but our data does show a correlation.”

Of course it does. I don’t think anyone imagines that the lad in the pimped-up Subaru who parks on the zigzag outside his Sainsbury’s local and swaggers in to buy six cans of Red Bull and a carton of fags gets to the counter and says, “Don’t worry about a bag, love, I’ve got a hessian book sack right here in my tracksuit.”

Picture now someone pulling up at a busy junction with four biodegradable Daunt bags on the back seat, full of sprouting quinoa, golden heirloom beetroot and line-caught oily fish. He’s so going to look both ways before proceeding, isn’t he? He’s going to slow to a stop with an easy motion having checked all three mirrors, not least because he doesn’t want his groceries in their cumbersome carriers to fall on the floor, and then, when the light goes green, pull smoothly away, checking mirrors again, feeding the wheel through his hands, positioned at the recommended ten-to-two position on the . . .

And the poor chap is almost flattened by some young tearaway with six placcy bags in the boot, full of factory-farmed fried chicken nuggets, giant torpedoes of Coke and absolutely no fruit or vegetables, displaying as little regard for his own life in his driving as he does in his grocery choices. So it’s a good job the computer that put those groceries on his Nectar card was linked to the one that provided his car insurance and was able to make him pay through the nose, in advance, for his future lack of motoring consideration.

And presumably that is where we are going in all areas of life: loyalty card software looking into our shopping, deciding whether we are good and what our future holds, and rewarding or punishing us accordingly:

Item: gluten-free this, nut-free that, caffeine-free the other. Diagnosis: Credulous, attention-seeking hypochondriac. Action: Small reduction on colonic irrigation, slap in the chops when nobody’s looking.

And so on. It may look profit-driven, reductive and cynical but, frankly, with the death of religion, collapse of social justice and inability of modern electorates to look past short-term, single-issue demagoguery, I reckon we’ll be as safe putting our future in the hands of the supermarket algorithms as anything else.