Britain is about to become a nation of shopkeepers again, or at least shop owners, as buy-to-let investors increasingly turn from the residential market to commercial properties in search of a higher return and greater stability. 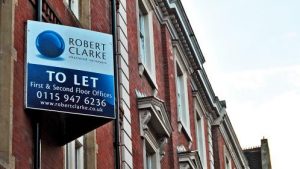 The trend, which has been driven by stringent new tax and lending rules for buy-to-let landlords, has led to a three-fold increase in the number of investors seeking to diversify into small shops or parades, according to Allsop, the auction house.

Duncan Moir, auctioneer and partner at Allsop, said that because they were familiar with the residential property market most buy-to-let investors did not want to get out of housing completely. As a result they were opting for mixed-use properties such as shops or restaurants with flats above them or office buildings with housing attached.

“They [investors] are now seeing that they can buy the same product and get a better return if they tack on some commercial use as well,” he said. “Where you increase the tax burden in one sector of the market the money will look very quickly for where it can gain some small advantages.”

The shift towards commercial property comes after two major changes in the market. An extra three per cent stamp duty was introduced by George Osborne, the former chancellor, for buy-to-let owners in April in an attempt to make home ownership easier for younger buyers by deterring landlords from acquiring small homes.

The government is also phasing in a reduction in the amount of mortgage interest rate relief that buy-to-let landlords can claim from April. Commercial properties are not subject to these tax changes even if they have flats attached.

David Whittaker, chief executive of Mortgages for Business, a broker, said that while buy-to-let investors typically saw yields of about 5 per cent this rose to about 6.5 per cent for shops with flats above them. The differential could increase once the full effects of the loss of mortgage interest relief were felt in 2020.

“Your yield can go through the roof if there are three flats above the property,” he said. He added that he expected commercial buy-to-let mortgages to become more competitive as more landlords moved into the sector.

He also said that the trend could help breathe new life into decaying commercial areas and parades of shops.

“Regeneration is not driven by tenants but by landlords. This should encourage more people back into shops. What we’ve got is George Osborne unknowingly regenerating the British high street,” he said.