Buyers in the housing market are facing mixed fortunes, according to the Council of Mortgage Lenders, as first-time buyers drive up demand but activity among home movers and buy-to-let investors falls. 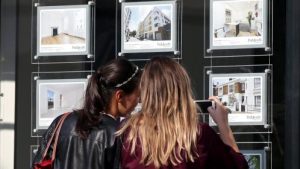 The council, whose members undertake 97 per cent of all residential mortgage lending in the UK, said gross mortgage lending reached £18.2 billion in February, up 0.7 per cent from the same period last year but down 8 per cent compared with January’s £19.8 billion.

This monthly fluctuation is not unusual in the housing market and February is traditionally a weaker sales period than January. Mohammad Jamei, a senior economist with the CML, said there was a more mixed picture beneath the headline figure. “First-time buyers and customers who are remortgaging are driving total lending, while home movers and buy-to-let remain weak,” he said.

The number of first-time buyers rose strongly last year, with 339,000 joining the housing ladder, up 8 per cent compared with 2015, as they take advantage of ultra-low mortgage rates and government schemes such as Help to Buy. Cheaper loans are also encouraging existing homeowners to remortgage with a lower interest rates.

Mr Jamei added, however, that the number of homes coming up for sale could cause problems for aspiring buyers in the coming months. “The weakness in home movers means few properties are coming on to the market for sale, which is aggravating a supply/demand imbalance that has characterised the market since late 2013. This looks set to continue at least over the next few months, posing an obstacle for would-be borrowers.”

This lack of housing stock mirrors similar findings from the the Royal Institution of Chartered Surveyors (RICS), who said that the sales market remained subdued in February, with the average number of homes available per surveyor or estate agent “just shy of a record low”.

Home owners are believed to be holding off from moving as they wait to see what impact the Brexit vote has on the secondhand housing market and on the economy. Those who own homes above £937,500 have also been hit by higher rates of stamp duty since the end of 2014 and buy-to-let investors have had a 3 per cent stamp duty surcharge on second homes since April.

First-time buyers are likely to make up a greater proportion of housing sales from April onwards when new rules limiting landlords’ ability to deduct mortgage interest payments from rental profits will come into place, dampening demand among buy-to-let investors further.

Jeremy Leaf, a north London estate agent and former residential chairman at RICS, said: “Looking forward the spring market is already showing signs of some improvement from the rather dull conditions prevailing in the first few months of the year but once again it is only those buyers and sellers who are prepared to be realistic who are making transactions happen.”