Motorists face being hit by a £130 renewal “tax” as car insurance companies impose rising premiums on loyal customers, a study has found. The gap between average premiums and the lowest prices — made available to drivers who shop around — widened to a record level over the past 12 months. 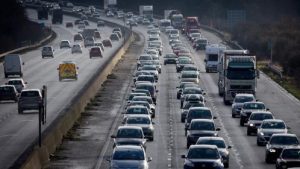 Analysts said that motorists who allowed their annual policies automatically to renew faced being hit hardest by a general increase in the cost of insurance in recent years. It was claimed that companies were ripping off loyal customers by putting up their prices the most while offering lower premiums to those who switch from a competitor.

The study, by Comparethemarket.com, found that insurance companies quoted an average of £738 for comprehensive insurance in November. This was up from £675 at the same point in 2015. However, researchers found the lowest price stood at £608 in November.

Drivers who auto-renew their policies without searching for better deals are being hit hardest, the study suggests, as prices rose more for the average premium than the cheapest.

Last year the Financial Conduct Authority promised to force companies to remind motorists of the cost of the previous year’s policy when they post out a renewal.

Premiums have largely risen over the past year following a hike in insurance premium tax – the government levy on all cover. Insurers have also blamed a rise in whiplash claims, although campaigners have denied an increase in fraud, saying this has been used an excuse for profiteering.

“Jumping from £708 to £738 is a pretty large increase, and one which few motorists can afford to pay. The potential saving shows that renewal prices and cheapest price quotes are getting further and further apart, which may suggest that insurers are increasingly relying on customer inertia. The only way to mitigate these rises and encourage competition amongst providers is for consumers to shop around.”

The Association of British Insurers has denied prices are as high as those quoted by Comparethemarket. Its own data shows that motorists pay an average of just over £400 for annual cover.