If you are in any doubt that the high street is suffering, look no further than Next. Last week the fashion and homeware retailer lost nearly a fifth of its value after warning of a slump in festive trading. 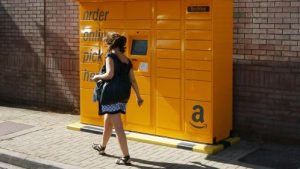 At the heart of the retail industry’s challenges are the inexorable rise in online shopping and the fall in the number of people venturing to the nation’s high streets and shopping centres.

It is a theme we are likely to hear again and again over the coming weeks as the supermarkets and other large chains update investors on Christmas sales.

The flight to online traders, such as Amazon and Asos, has increased at a dizzying pace in recent years, leading some to pronounce the demise of retailing as we know it. But there are reasons to believe that digital shopping could ultimately reinvigorate high streets up and down the land.

It is true that the growth in online sales in recent years has been staggering. The internet now accounts for about 14% of retail spending in this country.

Britons are particularly enamoured of shopping on the web. We spend more, per person, on ecommerce than almost any other developed nation.

As if the online tide were not enough, traditional retailers are having to shoulder the burden of business rates, price inflation and the living wage.

Yet there may just be a ray of sunshine on the horizon. Rather than leading to the demise of the high street, technology could lead to its renaissance.

One reason to be cheerful is the sharp growth in the popularity of click-and-collect shopping.

I’ve witnessed this through a company I co-founded in 2014, which helps customers collect, send and return parcels.

While home delivery remains the preferred choice for some, it does not work for many online shoppers.

Moreover, for logistics companies there are considerable long-term questions over the economic and environmental sustainability of home delivery.

Click-and-collect orders stood at 83m last year, just under 23% of the total number of completed orders, and are set to increase to about 224m by 2020, according to ecommerce trade body the IMRG. Click-and-collect is establishing itself as the fastest-growing element of online retail.

This option is especially appealing to people who buy from more than one website. Ideally, if you purchased books, clothes and DVDs from three online retailers, you would want to collect them all from the same place.

Thanks to their prime locations, high street retailers and supermarkets are poised to capitalise.

Placing a click-and-collect point in a supermarket, for example, allows customers to collect their groceries as well as items they’ve ordered from other retailers. It drives new customers through a retailer’s doors, too. We have seen this with Amazon customers collecting their items from lockers in Morrisons stores.

Ultimately, the consumer will win because of increased convenience, while businesses will become more efficient at delivering goods from warehouse to customer.

A second way that click and collect can help the high street is through “showrooming”, whereby online retailers take bricks-and-mortar space to promote their most popular and valuable product lines.

A recent example of this is online fashion retailer Missguided, which has been a hit since its launch in 2009. Last year it opened its first store in London. Amazon, the goliath of online retailing, is to open bookshops in New York, Chicago and Boston this year.

Third, the growth in popularity of same-day delivery will also mean a re-engineering of some high street stores. Some brands, such as River Island and Coast, are offering same-day delivery in London for items bought online but picked up in-store. In these situations, a high street shop becomes a convenient place for customers to pick up their purchases.

The rise of click and collect can offer increased convenience for consumers, and advantages to retail businesses.

It may even mark the dawn of a new era for the high street.