Simon Harris has called on health insurance companies to resist passing on the cost of a levy increase to customers. 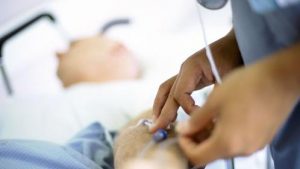 The government is raising the levy on all health insurance policies by 10 per cent from April. The health minister told insurers to absorb the increase rather than pushing up premiums.

“The insurance industry is under absolutely no obligation to pass on any such increase to customers. I would ask them to think very carefully about that,” Mr Harris said.

The levy was introduced after a recommendation by the Health Insurance Authority to maintain a lifetime community rate, which means that nobody has to pay more for health insurance as they get older. It was introduced in 2009 and has been increased several times since.

In 2012 government increased the levy on health insurance by 40 per cent, which led to a rise in premiums. James Reilly, the health minister at the time, had called on insurers to absorb the increase.

Dermot Goode, a spokesman for TotalHealthcover.ie, which helps people find the best insurance coverage, said that he was surprised at the health minister’s comments.

“All his department have to do is look back at the price rises over the last seven years. Nearly every time that a significant increase in the levy has been introduced, every single time the insurance companies have had to pass it on and in most cases, immediately,” Mr Goode told RTE Radio 1 yesterday.

“To think that insurance companies would be able to absorb this 10 per cent, that’s not going to happen. I would even say to the minister and to his department: if you are really concerned about patients, you should instruct all the public hospitals today to stop charging people who have health insurance an additional private charge for services they don’t get.”