A building society has come up with a ‘lifestyle booster’ for retired people. More deals for older borrowers could follow 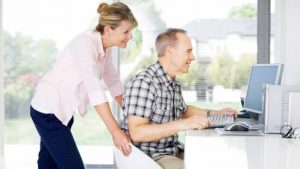 The glossy brochure reads: “You may be retired, but you’re not old.” With these words, one lender is trying to address the issue that we are living longer but can be deemed too old for a mortgage even in our forties.

Tomorrow, the Family building society will launch a “retirement lifestyle booster” mortgage you can take out up to the age of 79.

Aimed exclusively at borrowers aged 60 and over, this new type of loan allows people to use the equity in their home to provide an income in retirement, topping up their pension or other earnings.

The debt will not build up in the same way as it does on an equity release deal because the mortgage is designed to be repaid in the borrower’s lifetime. An equity release product is typically repaid when the customer dies, by which time the debt could have ballooned. More older people are now using their homes as cash dispensers, with a record £6.8m a day taken out, according to the over-55s finance specialist Key Retirement.

How will the mortgage work?
The mortgage is available only on a 10-year term. It will not be paid as a lump sum but as a monthly income.

At the end of the term you would need to pay back the £60,000. This could be done through downsizing or by freeing up some other cash, perhaps by selling a buy-to-let property or drawing on your savings or investments.

The maximum sum that can be borrowed is equivalent to 25% of your property’s value. So, to qualify, your home must be worth at least £240,000 if you are mortgage-free. The mortgage has a £1,120 fee and early repayment charges apply in the first three years — 3% of the outstanding loan in the first year, 2% in the second and 1% in the third.

Keith Barber, director of business development at Family, said: “Some older people worry their pensions may not be enough to carry on doing what they enjoy. They often want to be able to achieve long-held ambitions and help their children and grandchildren. The retirement lifestyle booster has been designed to enable older people to do exactly this.

“They can face a struggle to find lenders who will consider their circumstances as individuals. The blanket application of relatively low upper age limits by high-street lenders can mean that people who can afford to repay their loans are turned down for mortgages just because of their age.”

Mortgages for older people
The new deal could offer respite to those coming to the end of their interest-only mortgage without the funds to pay it off; those who cannot get a new loan; or those not ready to sell and downsize.

Adrian Anderson of the mortgage broker Anderson Harris said it was an interesting product, “the like of which hasn’t been seen before”. He added: “It is great news that there is another potential option for older borrowers and it is likely that more lenders will follow suit.

“It is aimed at those at the age where their children have flown the nest, who are still young enough to enjoy their home and do not want to move but think they will in about 10 years’ time. They require extra income to enjoy themselves before they finally sell and downsize.

“The advantage of this mortgage over equity release is there will not be a big potential early repayment charge in 10 years’ time when they sell and downsize. Also, interest will not roll up.

“However, the borrower has to repay the mortgage in 10 years, which may mean selling the property or remortgaging onto an equity release mortgage if they do not have the funds.”

Mortgage ageism
Money has been highlighting the plight of older homeowners with its Play Fair on Age campaign since 2014. Lenders began turning down more people on age grounds because of strict new affordability rules.

Borrowers as young as 40 have been told they are too old for a mortgage. In one case, HSBC was reprimanded for age discrimination and ordered by the Financial Ombudsman Service to pay £500 compensation to a couple in their forties.

For borrowers in their sixties and seventies, the chances of being approved for a mortgage became particularly slim.

Last November, the Building Societies Association published a report on lending into retirement that called for change. As a result, all 44 mutuals pledged to review their age limits — and many have raised or scrapped them. Even after this, however, retired homeowners who would like to free up some money from their properties may still struggle to do so.

Equity release
Many perceive equity release as a product that can improve their lives, perhaps paying for a new kitchen or the holiday of a lifetime or allowing them to help their grown-up children. It allows homeowners to stay in their properties while releasing some of the value.

There are no monthly interest payments unless the loan specifically allows them. Instead, the interest is “rolled up” and the debt is typically paid off when the borrower dies or the property is sold. There is no maximum age limit and the minimum age you can take out an equity release product is 55.

Bear in mind that the way interest is calculated can send the debt spiralling, as can the charges you could face if you need to move house. Roughly, the amount owed may double every 13 years. This means that £100,000 borrowed at the age of 60 could grow to a £400,000 debt by the age of 86. Many experts see equity release as a last resort.

Aaron Strutt of the broker Trinity Financial said: “There has been a price war in the equity release market and rates have fallen dramatically. One of our clients actually saw his rate drop during the application process, from 4.7% when his application was submitted in May to 3.84% when it was completed in September.

“Some lenders have improved their criteria and are becoming more flexible, allowing borrowers to make overpayments or pay the interest each month so the debt says the same.”

Other options
Keep an eye on traditional mortgages, as even high-street lenders such as Nationwide have been applying a more flexible approach to older borrowers.

Mark Harris of the broker SPF Private Clients said: “Mainstream lending has improved. If you can prove your income and the lender deems it sufficient, there are a number of lenders, mainly building societies, that can lend into and beyond retirement age.”