Growing numbers of borrowers have been cashing in on property price rises by releasing money to pay for home improvements, fund buy-to-let deposits and consolidate debts using “second charge” mortgages. 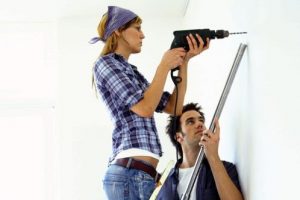 Brokers have been recommending this little-known form of lending, which some have called “middle-class payday loans”, to mortgage prisoners stuck in deals from which they can’t escape. For others second charge loans are a cheaper alternative to a remortgage.

This upturn in borrowing activity could be bought to an abrupt stop as tough new rules make these loans harder to obtain. From next March, strict regulations that have already made it more difficult to secure a main mortgage and made the application process an ordeal for some will be applied to borrowers applying for second charge mortgages, essentially a second loan on the same property.

From that date EU rules will be applied to all mortgage types, meaning borrowers’ personal finances will be scrutinised to ensure that the applicant can afford both loans on their property. The same stress tests will be applied to second charge loans as to standard mortgages to ensure that borrowers will be able to make the payments in the event of a rate rise. Anyone looking for a second charge loan because they are short of cash or are having difficulty obtaining credit by other means are likely to be turned down.

Fiona Hoyle, head of consumer credit at the Finance & Leasing Association (FLA), which represents nine out of ten second charge lenders, says: “Customers who were previously able to take out a second charge loan may not be able to going forward. We will need to see what happens as this is a significant change.”

Here we look at the benefits and dangers of taking out a second charge mortgage and ask what tougher regulation could mean for the loans.

Second charge mortgages have been growing in popularity in part because of the stricter rules introduced on standard home loans last year under the mortgage market review (MMR). Borrowers who have not passed the affordability tests introduced by the MMR have found themselves trapped in an existing deal and unable to remortgage.

For these mortgage “prisoners” second charge mortgages have acted as an alternative to a remortgage as a way of releasing equity from properties, often to pay for home improvements. The application process for a second charge mortgage is currently less onerous and fairly easy to pass provided you have a reasonable amount of equity — experts say at least 35 per cent.

Although brokers have been urging borrowers to grab new deals fast to take advantage of rock-bottom mortgage rates, for some households remortgaging doesn’t make financial sense. Second charge mortgages have provided a solution for borrowers in this situation who want to dip into their equity.

Simon Knight, chief executive at John Charcol, the mortgage broker, says: “Second charge mortgages provide a way of raising finance without disturbing the borrower’s existing mortgage. Reasons for doing this could include being on an interest-only loan that the borrower would no longer qualify for, being on a very competitive fixed or tracker rate mortgage that the borrower does not want to give up, or to avoid early redemption penalties — if a full remortgage were to occur.”

Second charge loans have also been used by those who have difficulty obtaining credit by other means, particularly the self-employed. They have also been sold to borrowers as a way to consolidate their debts and in more recent years been used to raise finance to purchase buy-to-let properties. They are also popular with those who want to dip into their equity in their home, often to pay for home improvements or renovations, without having to remortgage.

Charging interest of about 5 per cent, the rates on second charge mortgages are often lower than on unsecured personal loans. Borrowers stuck on standard mortgages with high standard variable rates could also find it a cheaper option. The average repayment period is five years and, the specialist broker Enterprise Finance says, the average loan size is £54,050. It is possible to borrow up to 100 per cent loan-to-value (LTV), but the average is 65 per cent.

If you are using a second charge mortgage to consolidate debt, payments can be spread over a longer period making them easier to handle. However, you could end up paying more interest in the long term.

You are also converting unsecured debt into a loan secured against your property. The danger is that you will lose your home if you cannot meet the repayments. If your home is repossessed and sold, your standard “first charge” mortgage will be cleared first before any money goes towards paying off the second charge loan — hence the name. If there is a shortfall you could be pursued for the outstanding debt.

Repossession rates have been falling. The latest figures from the FLA show that the number of second charge mortgage repossessions fell by 45 per cent in the first quarter of 2015 compared with the same period last

year. However, the Financial Conduct Authority (FCA) says that arrears rates are still significantly higher than the average for standard mortgages.

The regulator also warns that some rogue brokers have used the laxer regulation that up until now governed second charge mortgages to boost their profits while putting consumers at risk. Poor practices include the “upselling” of loans, where you are sold a bigger loan than requested, increasing the costs and the risk of default, poor affordability assessments and charging high fees, particularly when a borrower is in payment difficulty.

The incentive for brokers to sell second charge loans can be high, increasing the chance that they will put profits before customers. Some lenders pay commission for the sale of second charge mortgages of up to 10 per cent, meaning brokers can earn £1,000 on a £10,000 mortgage, according to the specialist publication Mortgage Strategy. Most pay commission of between 1 per cent and 2.5 per cent.

Next March all second charge lending will be brought under the same regime that applies to standard mortgages. Brokers hope it will give the market more credibility and spark more competition. Shawbrook Bank is the biggest lender in the market followed by Nemo Personal Finance, part of Principality Building Society, and Precise Mortgages.