Rietumu Banka, a Latvian lender in which billionaire financier Dermot Desmond has a one-third stake, is providing funding for Irish property owners seeking to buy back loans from vulture funds. 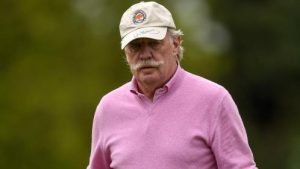 At a recent round of presentations for debt advisers, Desmond’s Baltic bank was identified as the financer behind Profunder, a start-up lender that provides loans of up to €3m for terms of up to three years.

Profunder provides up to 70% finance for property owners, who pay an arrangement fee of 2% and interest rates that start at 8%. A 2% exit fee is charged at the end of the loan term.

Rietumu’s emergence as a financier for Irish commercial real estate comes as many property owners are seeking to refinance loans that have been sold by local banks to vulture funds.

“In a high-demand market, where access to credit remains extremely difficult, we are actively lending for transactions of between €1m and €3m,” Profunder’s promotional literature states. “We combine the expertise of a larger lender with the flexibility of a smaller firm.”

On its website, Profunder accuses the Irish banks of inflexibility and delays in processing loan applications, “leaving borrowers waiting for badly needed funds”.

It claims to have developed an online application system to help speed up the process. Borrowers are advised to set up special-purpose vehicles because Profunder does not lend to individuals. The company’s founders include Aleksandra Ljubinkoviv, a former head of strategy and operations at the search engine giant Google.

Another lender backed by LeBruin, Origin Capital, signed a funding deal with Morgan Stanley before Christmas to provide finance for property deals in excess of €3m.

The Morgan Stanley deal is expected to result in Origin pitching to participate in big-ticket property lending.

According to debt advisers, some property owners may need to secure generous debt writedowns from vulture funds to justify the high rates of interest that are being charged by Profunder and other specialist lenders offering to refinance their loans.